View larger Product Profile 5-Hydroxytryptophan (5-HTP) is an amino acid naturally produced by the body from the essential amino acid L-tryptophan. 5-HTP is the immediate precursor to serotonin (5-hydroxytryptamine, 5-HT) and also a precursor to melatonin. In the brain, serotonin and melatonin help regulate sleep, mood, temperature, and appetite. As such, 5-HTP and L-tryptophan are 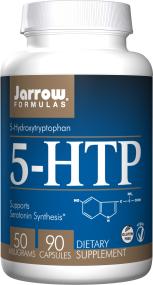 5-Hydroxytryptophan (5-HTP) is an amino acid naturally produced by the body from the essential amino acid L-tryptophan. 5-HTP is the immediate precursor to serotonin (5-hydroxytryptamine, 5-HT) and also a precursor to melatonin. In the brain, serotonin and melatonin help regulate sleep, mood, temperature, and appetite. As such, 5-HTP and L-tryptophan are often taken as supplements to support these roles.* Yet even though L-tryptophan can be transformed into 5-HTP in the body, the two should not be considered interchangeable for supplement use. The conversion of tryptophan to 5-HTP is the rate-limiting step in neurotransmitter production and, in addition, L-tryptophan is utilized for a variety of other purposes in the body leading to less serotonin support than may be assumed. In purified form, humans have been consuming 5-HTP for over forty years.

The body uses L-tryptophan for other metabolic purposes besides serotonin and melatonin production. For example, L-tryptophan is incorporated into proteins and also acts as a precursor in niacin biosynthesis. L-tryptophan absorption in the intestines requires a shared amino acid transporter, meaning that competition with other amino acids from dietary sources can lead to poor L-tryptophan absorption. A similar specific, active transport mechanism is required for L-tryptophan entry into the brain. A number of other physiological and biochemical parameters, such as stress, insulin response, and vitamin B6 levels can conspire to prevent L-tryptophan from becoming serotonin.

In contrast, 5-HTP is not incorporated into proteins and cannot be used to produce niacin. 5-HTP does not require an intestinal transporter for absorption and is absorbed well even in the presence of other amino acids from food, with about 70 percent of that ingested ending up in the bloodstream. Also, since 5-HTP participates in fewer biosynthetic pathways it is inherently less susceptible to metabolic diversion. The only hindrance of importance for ingested 5-HTP is the activity of peripheral decarboxylase enzymes, which can convert 5-HTP to serotonin before crossing the blood-brain barrier. However, the results observed in 5-HTP research demonstrate that this is not a major concern. 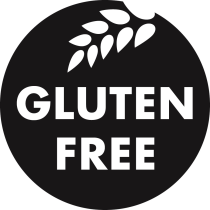 Some now use the phrase “our second brain” to refer to the impact our digestive tract can have on the entirety of the body. An example of this is the gut-brain axis, which involves extensive bidirectional signaling and feedback between gut and brain. For anyone who has attempted to diet in the past, this may already be understood experientially.

Serotonin plays a significant, yet not completely understood role in the human digestive tract and gut-brain axis. In fact, research demonstrates 5-HTP may even affect leptin, which helps to regulate energy intake and appetite.* Such a connection may help explain results in overweight individuals who were able to exert much better control over their diets when taking 5-HTP.

*These statements have not been evaluated by the Food and Drug Administration. This product is not intended to diagnose, treat, cure, or prevent any disease.

Miracle This product saved my life. If you’re debating whether or not to try it, I hope this will be the sign for you to just do it. I no longer have crying spells all day long for no reason. I can think straight. I actually laughed out loud… this is a MIRACLE. I started with 50mg at night, and felt a difference after only a few days. Then I started taking 100mg at night and felt even better. After about a month, I take 100mg in the morning, and I still take 100mg at night. It doesn’t make me too…

You can find out more about which cookies we are using or switch them off in settings.

This website uses cookies so that we can provide you with the best user experience possible. Cookie information is stored in your browser and performs functions such as recognising you when you return to our website and helping our team to understand which sections of the website you find most interesting and useful.

Strictly Necessary Cookie should be enabled at all times so that we can save your preferences for cookie settings.

If you disable this cookie, we will not be able to save your preferences. This means that every time you visit this website you will need to enable or disable cookies again.